Book of Mormon (Audio), Christian (Papers), James F. Stoddard III (Papers), L. Hannah Stoddard (Papers), PapersBy papersApril 18, 2015
James F. Stoddard III and L. Hannah Stoddard Book of Mormon Passages for Biblical Christians In our age, the truth and authenticity of the Bible is greatly under attack. Academics and those considering themselves educated ridicule the Biblical account of the Creation, the life spans of the Patriarchs reaching nearly a millennia, the literal Fall… 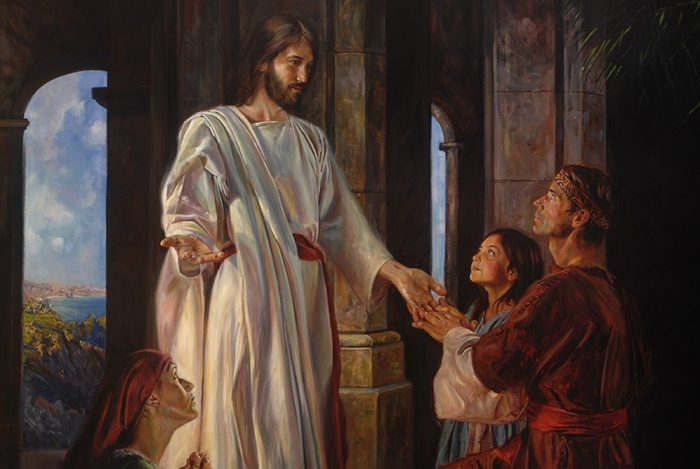 A Letter to My Christian Friends

Articles (Papers), Christian (Papers), Doctrine (Blog), James F. Stoddard III (Papers), PapersBy papersJanuary 1, 2015Leave a comment
James F. Stoddard III In response to what Mormons believe please permit me to add my thoughts. I am a member of the Church of Jesus Christ of Latter-day Saints (sometimes referred to as “Mormons” or “Latter-day Saints”) and my ancestry is through Joseph Smith’s grandfather, Asael Smith and cousins. I have had the priviledge…

Why Does the Whole World Reckon Time from the Birth of Christ?

Calendars (Papers), PapersBy papersOctober 27, 2013Leave a comment
John P. Pratt Sir Isaac Newton provided a key to understanding how Daniel prophesied the date of the Crucifixion to the very day. Are there any prophecies in the Old Testament of when the Messiah would be born? There are several prophecies about Jesus Christ in Isaiah and Psalms, which describe many of the things…

Articles (Wiki), People (Wiki), WikiBy wikiJuly 14, 2013Leave a comment
Adam (17 Oct 4070 BC – 26 Sept 3071 BC) was the first man of all men, and was the first flesh on this earth. He brought about the fall of man. He is Michael the Archangel who assisted in the creation of this earth. Adam is second only to Christ in priesthood authority. He led the hosts of the righteous in the war in heaven, and will lead the hosts in the final battle against Lucifer.

“It is held by some that Adam was not the first man upon this earth, and that the original human being was a development from lower orders of the animal creation. These, however, are the theories of men. The word of the Lord declares that Adam was the first man of all men, and we are therefore in duty bound to regard him as the primal parent of our race.”

Articles (Wiki), Event (Wiki), WikiBy wikiJune 3, 2013Leave a comment
Providential Role in History “Until men attain a higher status of spiritual understanding than they now enjoy, they can learn only in part what took place upon the Mount of Transfiguration.” Location Brothers and sisters . . . we have had some marvelous experiences this day we went first to Mt Tabor and there we…

Astronomy (Papers), Calendars (Papers), PapersBy papersDecember 31, 20121 Comment
John P. Pratt The following questions were received concerning the two recent articles in Meridian Magazine by Dr. John P. Pratt, “Venus and the Beginning of Mortality” and “Astronomical Witnesses of the Great Flood.” Predicting the Future? Q. If you can calculate the seven sacred calendars backward in time, can you also do it for…

Articles (Wiki), Heartland Model - Book of Mormon Geography (Wiki), Locations (Wiki), WikiBy wikiNovember 27, 20121 Comment
Adam-ondi-Ahman, Daviess County, Missouri is the location where Adam lived after he was driven out of the Garden of Eden. It was also the location of the meeting recorded in D&C 107, before the death of Adam. Prior to the Second Coming, Adam and his righteous posterity, which includes Saints of all dispensations “Every faithful…

05) DEATH BEFORE FALL: Was there death on earth prior to the Fall? Has the Church changed its position on this?

FAQs, Science (FAQs)By faqsSeptember 25, 20121 Comment
Commentary Commentary author, James F. Stoddard III The following ten Presidents of the Church of Jesus Christ of Latter-day Saints taught very clearly and consistently throughout there lives that the Fall of Adam on this earth was literal, and that there was no death on this earth prior to this Fall. Joseph Smith Brigham Young…

29) LITERAL FLOOD: Does LDS doctrine support a literal universal flood? What does this mean for the theory of Darwinian evolution?

FAQs, Science (FAQs)By faqsJuly 27, 20121 Comment
Commentary We must decide if we believe in the miraculous accounts of the scriptures dealing with the Creation, the Fall, the universal flood, the dividing of the continents, the confounding of languages and the miracles of Jesus. The scriptural account differs greatly from modern academia. One modern biologist, who rejects the miracles of the scriptures,…

Articles (Wiki), Ideology (Wiki), WikiBy wikiMay 18, 20121 Comment
The Book of Mormon is clear that in general God has covenanted America to those who will be led here out of other countries because of their righteousness. There is a covenant on this land which any nation that possesses the land has an obligation to abide. This covenant can be best understood in its…

The Lion and Unicorn Testify of Christ Part I: The Cornerstone Constellations

Astronomy (Papers), House of Israel (FAQs), PapersBy papersMarch 21, 2012Leave a comment
John P. Pratt The four “cornerstone” constellations, which date back to the Prophet Enoch, correspond to the four faces of the cherubim and the four principal tribes of Israel. Their symbols of the lion, eagle/serpent, man and wild ox (unicorn) are emblazoned on family coats of arms and the banners of nations. But most importantly,…
Search