Associated Locations: Peabody, Massachusetts, U.S. Associated Dates: February 18, 1795 – Born George Peabody is one of the eminent spirits who appeared to President Wilford Woodruff in the St. George Temple on August 21, 1877. This interesting story is detailed in the Eminent Spirits Appear to Wilford Woodruff wiki. “What I spent I had; what I kept I […] 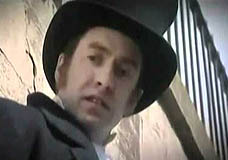 George Müller (1805-1898) was a German playboy who found Christ and then gave his life to serve Christ unreservedly. His mission was to rescue orphans from the wretched street life that enslaved so many children in England during the time of Charles Dickens and Oliver Twist. Müller did rescue, care for, feed, and educate such […]

The inspirational portrayal of Mother Teresa, a simple nun who became one of the most significant personalities of the 20th Century. Armed with a faith that could move mountains, Mother Teresa followed her calling to help the poor, the lepers, the dying and the abandoned children in the slums of Calcutta, challenging many authorities – […]