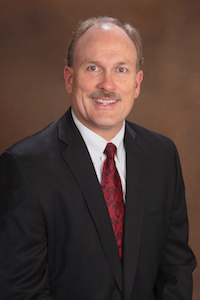 Rod L. Meldrum is a researcher, author and national lecturer on the truthfulness of the Book of Mormon, its historical efficacy and scriptural and physical evidences. His research supports the writings and teachings of ancient and latter-day prophets and indicates North America as the location where its epic history played out. His highly referenced and comprehensive research, as shared in live presentations and educational materials has won the respect and support of many LDS scholars.

Brother Meldrum served as senior scientific researcher for 7 years on a natural sciences book, was President and CEO of High Country Gourmet, Inc., and was Director of Business Development for Interact Medical. He and his wife, Tonya, are the parents of four children. He began his study of issues surrounding the controversy over DNA and the Book of Mormon in 2003 which lead to questioning the origins of proposed geographical settings of the Book of Mormon. In addition he completed intensive study of the Book of Mormon itself and the historical background and documents associated with it.