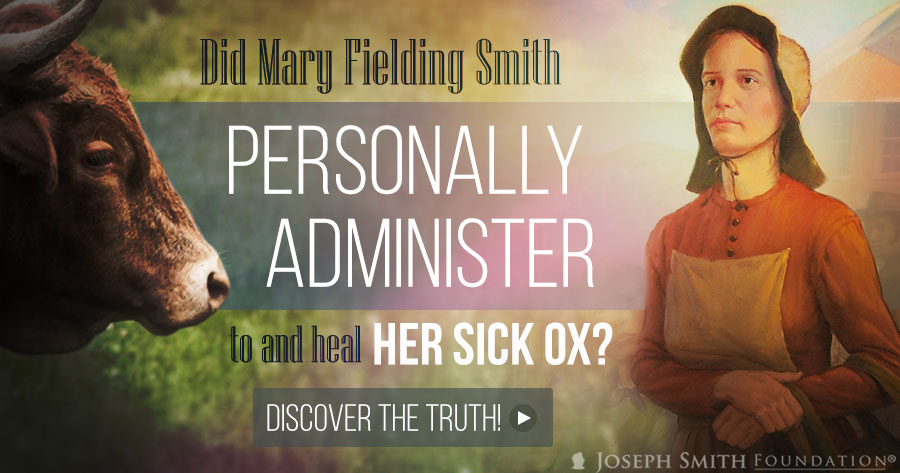 From the Life of Joseph F. Smith

We moved smoothly until we reached a point about midway between the Platte and Sweetwater, when one of our best oxen laid down in the yoke as if poisoned and all supposed he would die. At this Father Lott came up, and seeing the cause of the disturbance he blustered about as if the world were about at an end. “There,” said he, “I told you [that] you would have to be helped and that you would be a burden on the company.”

Producing a bottle of consecrated oil, Widow Smith asked her brother and James Lawson if they would please administer to the ox just as they would do to a sick person. . . .Her earnest plea was complied with. These brethren poured oil on the head of the ox and then laid their hands upon it and rebuked the power of the destroyer just as they would have done if the animal had been a human being. Immediately the ox got up and within a very few moments again pulled in the yoke as if nothing had ever happened. This was a great astonishment to the company. 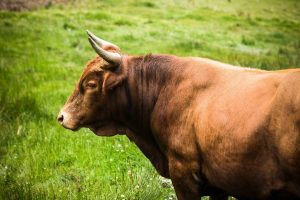 Before the company had proceeded very far, another of her oxen fell down as the first, but with the same treatment he also got up, and this was repeated a third time; by administration the oxen were fully healed. Widow Smith was not disturbed again until the company reached the Rattlesnake bend on the Sweetwater. At this place, Old Bully, one of the old oxen, laid down and died of sheer old age. He was hardly missed, however, as he had been unable to render but little service for some time. 1

We journeyed on, meeting with mishaps, losing our oxen, etc. At one time, I remember, one of our oxen, ‘Old Buck’ was taken sick and the captain said: ‘It will die, unyoke it, and leave it,’ closing his remarks with, ‘I told you that you would be a burden to your company.’ The widow went to her wagon, brought a bottle of consecrated oil and with the assistance of Brothers Fielding and Terry used it. ‘Old Buck’ jumped to his feet and we went on our way rejoicing. Later the captain met with the same misfortune, the widow offered help but her assistance was declined. 2

“Once while traveling on the Plains, the ox we had of Aunt Smith’s became sick, so sick it seemed as though it would die; but my father poured oil on it and administered to it. It lay perfectly still a few minutes then shook itself, ate a little grass and it was alright after that. So father hitched it up and we went on our way rejoicing.” 3