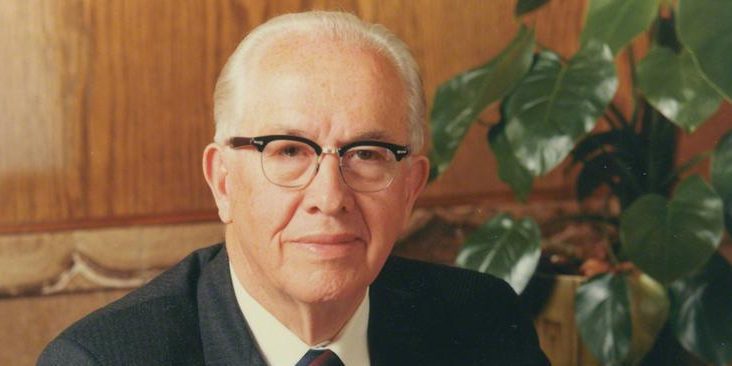 The following presentation, originally released in 1968 as a filmstrip, was written and narrated by the late Ezra Taft Benson. He is best remembered for his distinguished career in government and his extensive religious service. Starting in 1953, he served eight years as U.S. Secretary of Agriculture in the Eisenhower administration and was widely recognized as a staunch anti-Communist. As Secretary, he worked to reverse the wartime increase in government control over farming, winning significant legislative victories despite intense political opposition. Mr. Benson and Robert Welch, Founder of The John Birch Society later become good friends. Man, Freedom and Government is a classic presentation on the proper role of government. Mr. Benson narrates this video. (Description by John Birch Society YouTube Channel)

Video Won’t Play?
The Joseph Smith Foundation embeds videos from YouTube and Vimeo. If a video is broken or does not play, please report it and we will fix it immediately.