Louisa Beaman was a plural wife of the Prophet Joseph Smith. 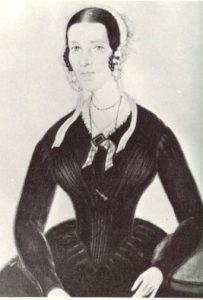 “. . . he [Joseph B. Noble] performed the first sealing ceremony in this Dispensation in which he united Sister Louisa Beman to the Prop[h]et Joseph in May—I think the 5th day in 1841 during the evening under an Elm tree in Nauvoo. The Bride disguised in a coat and hat.” 1

“Question: where did they [Joseph and Louisa] sleep together? Answer: Right across the river at my house they slept together.” 2

“Elder Noble bore testimony to the purity of character of his sister-in-law, who was a woman of irreproachable morality, who entered into the plural marriage relation on a deep-seated conviction that the doctrine was from God.” 3

Pictures and Biographies of Brigham Young and His Wives, James Crockwell

“Sister Louisa asked the Lord in fervent prayer for a testimony concerning the principle. The Lord heard her supplication and granted her request, and after being convinced that the principle had emanated from God, she accepted it, and was married to the Prophet Joseph Smith.” 4

Affidavit of Joseph B. Noble