The Book of Mormon is the history of several groups of people from the Old World who came to the America’s by boat.  At least one of these groups, known as the Nephites, kept a written history of their people on metal plates which was passed down through their prophets and was written in what they called “reformed Egyptian.”

“And now, behold, we have written this record according to our knowledge, in the characters which are called among us the reformed Egyptian, being handed down and altered by us, according to our manner of speech.

In contrast to the lack of evidence for Hebrew or Egyptian language in Mesoamerica, many artifacts have been found in North America bearing Hebrew and other Old World inscriptions.  These have been met with skepticism, overwhelming bias and even contempt by archaeological and scientific communities.  They hold that no written language was had by the aboriginal inhabitants of North America until after European exploration.  John Westley Powell while at the Smithsonian even went so far as to claim it was “illegitimate” to even consider any written language before Columbus 1.  Thus the vast majority of these artifacts, numbering in the tens of thousands by some estimates, were summarily dismissed and pronounced as hoaxes or fraudulent efforts to uphold theories of the day.  Many people of the late 1700’s believed that the evidence from the artifacts being dug from the ground supported an occupation of North America by one or more of the lost tribes of Israel.

Until now, such artifacts have been relegated to the realm of forgeries and fakes, most often by individuals and organizations having an agenda to maintain the status quo against any evidence suggesting advanced civilization or capabilities of the ancient Native American peoples.  This has been well documented in the recently released film, The Lost Civilizations of North America, which won best of show at the International Cherokee Film Festival in 2010.  Until now there has been no verification or acceptance of any of these artifacts bearing Hebrew inscriptions as being ancient, authentic or linguistically accurate.

Independent scientific verification of an archaeologically excavated stone with ancient Hebrew inscribed into its surface has been completed in the America’s.  And where was this stone recovered?  In a Hopewell burial mound in eastern Tennessee.  Read about the Bat Creek Stone. 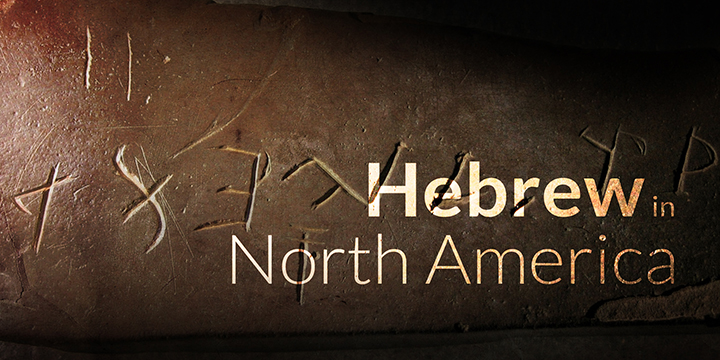 One thought to “Hebrew in Hopewell Civilization”