“I should like to see introduced among the Latter-day Saints…the practice of celebrating or commemorating the birthday of the Prophet Joseph Smith. . . . in my judgment the next birthday celebration to that of our Lord and Savior Jesus Christ should be that of Joseph Smith.” (Joseph F. Smith) 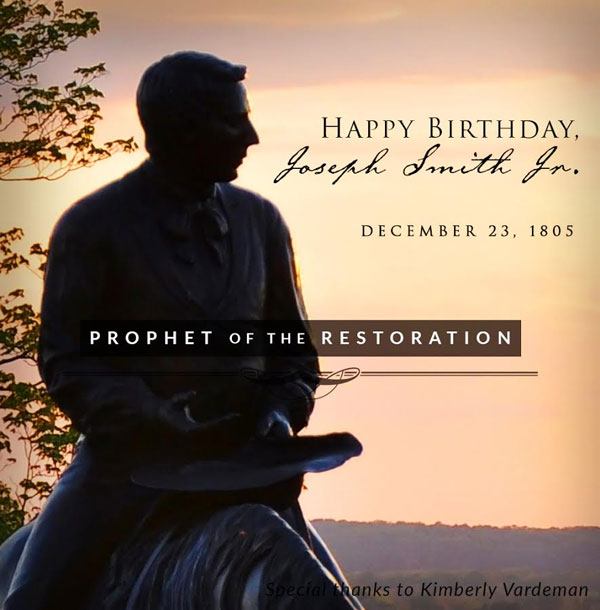 On this day, we celebrate the birth of the man who “has done more, save Jesus only, for the salvation of men in this world, than any other man that ever lived in it. . . . He lived great, and he died great in the eyes of God and his people”!

President Joseph F. Smith, the son of Hyrum Smith and the nephew of the Prophet Joseph Smith, encouraged the Latter-day Saints to celebrate the birth of the Prophet.

“I should like to see introduced among the Latter-day Saints…the practice of celebrating or commemorating the birthday of the Prophet Joseph Smith. It is now over fifty years since he was martyred; and during those fifty years, we have never had to my knowledge more than a small private gathering occasionally, in honor of the birthday of the man who was chosen of God and designated by His voice to be the mouthpiece of God Almighty to the inhabitants of the earth in the dispensation of the fullness of times. The only exception I recall was when, on the 23rd of December, 1892, a general fast was proclaimed and observed among the Latter-day Saints, preparatory to the final completion and dedication of the Salt Lake Temple in April following.

We celebrate what is supposed to be the birthday of our Lord and Savior Jesus Christ, but we get a long way off from His birthday; so that now, instead of celebrating the real birthday of our Lord, which was on the 6th of April, we celebrate the 25th of December in each year. And it is a proper thing that we should hallow His birthday, above all others. And in my judgment—and of course I may be a little biased in regard to this matter—in my judgment the next birthday celebration to that of our Lord and Savior Jesus Christ should be that of Joseph Smith, to this entire people of the Latter-day Saints.

I felt … that it would be an appropriate thing for this evening to be set aside for the purpose of commemorating, in some simple and unceremonious way, the anniversary of the birth of the Prophet Joseph, and that, inasmuch as the people who knew him personally are becoming exceedingly few that it would be a proper thing to invite as many of them as could conveniently come…That the children and the young men and the young women who are here, and those who have embraced the Gospel in foreign lands since the martyrdom of the Prophet may have the privilege of looking upon the faces of as many as possible of those that were intimately acquainted with the Prophet in his lifetime. 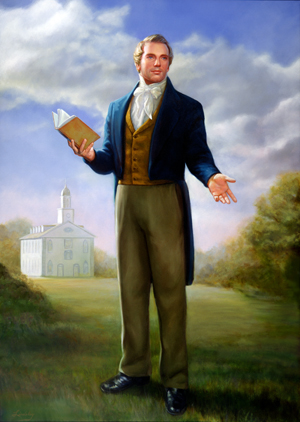 …The one thing that I wish to call your attention to first and foremost of all other things is this, that whatever else the Prophet Joseph Smith may have done or may have been, we must not forget the fact that he was the man out of the millions of human beings that inhabited this earth at the time—the only man, that was called of God, by the voice of God Himself, to open up the dispensation of the Gospel to the world for the last time; and this is the great thing to bear in mind, that he was called of God to introduce the Gospel to the world, to restore the holy priesthood to the children of men, to organize the Church of Jesus Christ of Latter-day Saints in the world, and to restore all the ordinances of the Gospel, for the salvation not only of the living, but also of the dead, and he was called to this mission by God Himself.

… The last time I saw him was when he crossed the river, he and my father, from Iowa back to Nauvoo, after they had started for the Rocky Mountains…Being constantly persecuted by his enemies, he laid his plans to slip out of their grasp and way, and come out to these mountains to explore them with a view to seeking out a place where the people of God could be gathered and worship God in peace and according to the dictates of their own consciences. He was upbraided by some of being a false shepherd. When that word came to him he was wounded in his feelings, and so hurt that he turned round and said: “If this is all my friends care for my life, why should I care for it?” And he returned home and went, as he said, “like a lamb to the slaughter.” I saw him and my father as they were rowed in a skiff across the Mississippi river, and watched them till they landed at the bank of the river near the old Times and Seasons printing office, watched them as they walked up the bank of the river on to Water street, and walked along and come into our house. Joseph sat down while my father washed. And while Uncle Joseph was sitting there, he took me on his knee and trotted me and played with me.

Many little incidents I remember in the life of the Prophet Joseph. But what is dearest to my memory and to my thinking, is that by the testimony of the Holy Spirit of God to me, I know that this book, the Book of Doctrine and Covenants, which I hold in my hand, is the word of God through Joseph Smith to the world, and especially to the members of the Church of Jesus Christ of Latter-day Saints throughout the world, and that by the gift and power of God he translated this book (the Book of Mormon) from its original language, and from the engravings upon the golden plates into the language which we now read within the lids of this book; and it contains the fullness of the everlasting Gospel. This is the great thing that I rejoice at, and this is the great and glorious thought that comes to my mind and that pervades my soul when I think of commemorating the anniversary of the birth of that great and glorious man, Joseph Smith; for he was the only man that I have any record of, or that I have ever read of in any history, that God Himself, in connection with His son Jesus Christ, deigned to visit in person and commune with in this world while he was a youth. He was only a youth, comparatively in fact, when he was martyred, being only 38 years of age. 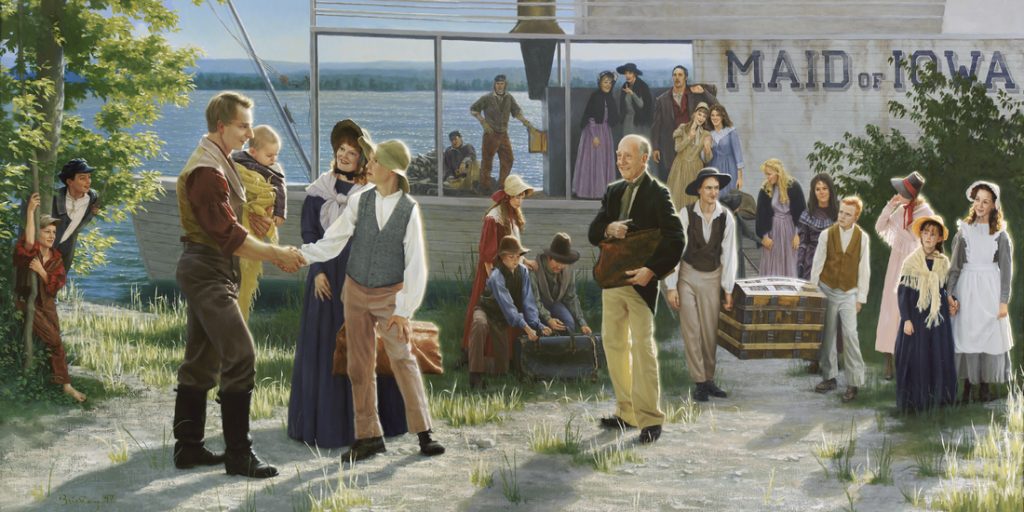 And while he could play with children and amuse himself at simple, innocent games among men, he also communed with the Father and the Son and spoke with angels, and they visited him, and conferred blessings and gifts and keys of power upon him that were never before bestowed upon any human being other than the Son of God himself. And that work, the foundation of which he laid, is today spreading abroad among the nations of the earth, and it will continue to spread until it covers the earth as the waters cover the sea; and that is my testimony. Amen.” (Brian H. Stuy, ed., Collected Discourses, 5 vols. [Burbank, Calif., and Woodland Hills, Ut.: B.H.S. Publishing, 1987-1992], 5)