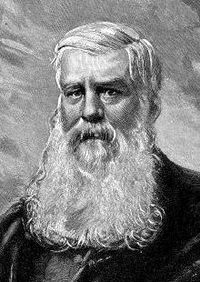 “Henty’s boys’ stories always revolved around a boy or young man in adventurous and even dangerous times. Henty’s stories took place in times as far ranging as ancient Egypt all the way to the “modern” wars, such as the Boxer Rebellion. Henty’s heroes are all courageous, honest, and resourceful (with an extra amount of ‘pluck’) but are also modest young men who don’t boast about their advancements.These virtues have made Henty’s novels popular today among many young men around the world who would wish to glean something from the boys of Henty’s books.”1

“To be a true hero you must be a true Christian. To sum up then, heroism is largely based on two qualities- truthfulness and unselfishness, a readiness to put one’s own pleasures aside for that of others, to be courteous to all, kind to those younger than yourself, helpful to your parents, even if helpfulness demands some slight sacrifice of your own pleasure. . .you must remember that these two qualities are the signs of Christian heroism.”

“Among the Huguenots he [main character in St. Bartholowmew’s Eve] learned to be gentle and courteous; to bear himself among his elders respectfully, but without fear or shyness; to consider that, while all things were of minor consequence in comparison to the right to worship God in freedom and purity, yet that a man should be fearless of death, ready to defend his rights, but with moderation and without pushing them to the injury of others; that he should be grave and decorous of speech, and yet of a gay and cheerful spirit.” 2

“You are all soldiers of Christ,” he said, “and now is an opportunity given to you to show that you are worthy soldiers. When the troops of a worldly monarch go into battle they do so with head erect, with proud and resolute bearing, with flashing eye, and with high courage, determined to bear aloft his banner and to crown it with victory, even though it cost them their lives. Such is the mien that soldiers of Christ should bear in the mortal strife now raging round us. Let them show the same fearlessness of death, the same high courage, the same unlimited confidence in their Leader. What matter if they die in His service? He has told them what their work should be. He has bidden them visit the sick and comfort the sorrowing. What if there be danger in the work? Did He shrink from the Cross which was to end His work of love, and is it for His followers to do so? ‘Though you go down into the pit,’ He has said, ‘I am there also’; and with His companionship one must be craven indeed to tremble. This is a noble opportunity for holding high the banner of Christ. There is work to be done for all, and as the work is done, men should see by the calm courage, the cheerfulness, and the patience of those that do it, that they know that they are doing His work, and that they are content to leave the issue, whatever it be, in His hands.” -Mr. Wallace, from G.A. Henty’s When London Burned.