What are the Science FAQs?

The following contains nearly 40 Frequently Asked Questions often asked and widely debated regarding the theories of organic evolution and the age of the earth as they pertain to the Gospel of Jesus Christ. This is a subject that causes dispute and often uneasiness, but typically is poorly understood. Some research done in the past has attempted to create harmony between evolutionary scientific speculations and the teachings of the Gospel, often making doctrinal assertions not sufficiently supported. At times gospel research has comprised a few statements, typically made out of context, leaving the reader to draw faulty conclusions. This compilation consists of several hundred pages of statements made by the leadership of the Church of Jesus Christ of Latter-day Saints, particularly those who became president of the Church. 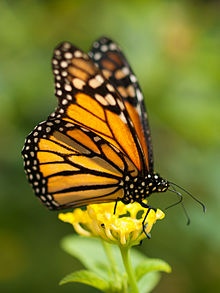 This work presents statements from two opposing sides, demonstrating the complete disharmony which exists between those who are classified as “evolutionists” and the writings of both latter-day and ancient prophets. Each section begins with the question and then provides contrasting viewpoints. Any comments expressed by the compilers of this work are set off by blue text, most often appearing in the commentary sections. Underlining has been added for quick reference.Often current scientific philosophies are portrayed as “science” while those drawing conflicting conclusions are viewed as unscientific. This FAQ compilation will consist primarily of scriptural and prophetic statements as these are unchanging. There is, however, “science” (or better scientists) on both sides of this issue, although one side seems to be more in vogue at this time. A small sampling of scientific resources more in line with the prophetic word can be found here.

Where can we find truth?

In our exploration of the truth the first question that we must ask is, “Can the Revelations be trusted?” The Prophet Joseph Smith testified that the Revelations of God were given by God, and do not contain human errors:

“I never told you I was perfect; but there is no error in the revelations which I have taught.” 1

In the Doctrine and Covenants, the Lord himself testified:

“Search these commandments, for they are true and faithful . . . What I the Lord have spoken, I have spoken, and I excuse not myself; . . . whether by mine own voice or by the voice of my servants, it is the same.” 2

In recent years, it has become fashionable to dismiss statements contained in the Holy Scriptures as uneducated or perhaps made by individuals who were deficient in scientific understanding. The word of the Lord in this testimony of the Prophet Joseph Smith challenges these ideas.

“When I speak as a man it is Joseph only that speaks. But when the Lord speaks through me, it is no longer Joseph Smith who speaks; but it is God, and let all Israel hear.” 3 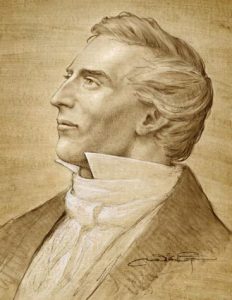 The scriptures and revelations of God must remain our constant source of truth. This compilation was created for individuals who have faith in the revelations as contained in the scriptures and a testimony of latter-day prophets. This work was not prepared for others who are embarrassed by statements made by leaders of the Church of Jesus Christ both anciently and in modern times. An additional statement made by the Prophet testifies to the serious consequences of trifling with the word of God.

President Harold B. Lee Additionally testified that when the teachings of the world conflict with the revelations of God, we must remain true to the Revelations.

“We [must] measure every teaching to be found in the world of book learning by the teachings of revealed truth, school text claims that contradict the word of the Lord creation of the world, the origin of man, or the determination of what is right or wrong in the conduct of human souls, we may be certain that such teachings are but the theories of men.” 4

Should prophetic teachings on science cause contention?

We have no desire to irritate those who hold to the scientific philosophy in contrast to the revelations of God and hope that the words of the prophets of God will not cause disharmony and contention. The Presidents of the Church from the days of the Prophet Joseph Smith until today have upheld and supported the witness found in scripture of the true origin of man. Some have sought to discredit these prophetic witnesses. President Benson taught that while subjects like evolution may cause some to become upset with the revelations and prophets of God, we must remain faithful to the Brethren.

“But it is the living prophet who really upsets the world. ‘Even in the Church,’ . . . . Why? Because the living prophet gets at what we need to know now, and the world prefers that prophets either be dead or mind their own business. . . . Some would-be authorities on evolution want the prophet to keep still on evolution. . . .

How we respond to the words of a living prophet when he tells us what we need to know, but would rather not hear, is a test of our faithfulness.” 5

Related Articles
Music & Dance FAQs
31) HANG BY A THREAD: What have latter-day prophets taught concerning the prophecy of Joseph Smith that . . .
01) BIRTH-CONTROL: What is the first commandment ever given by the Lord to man? How does the . . .