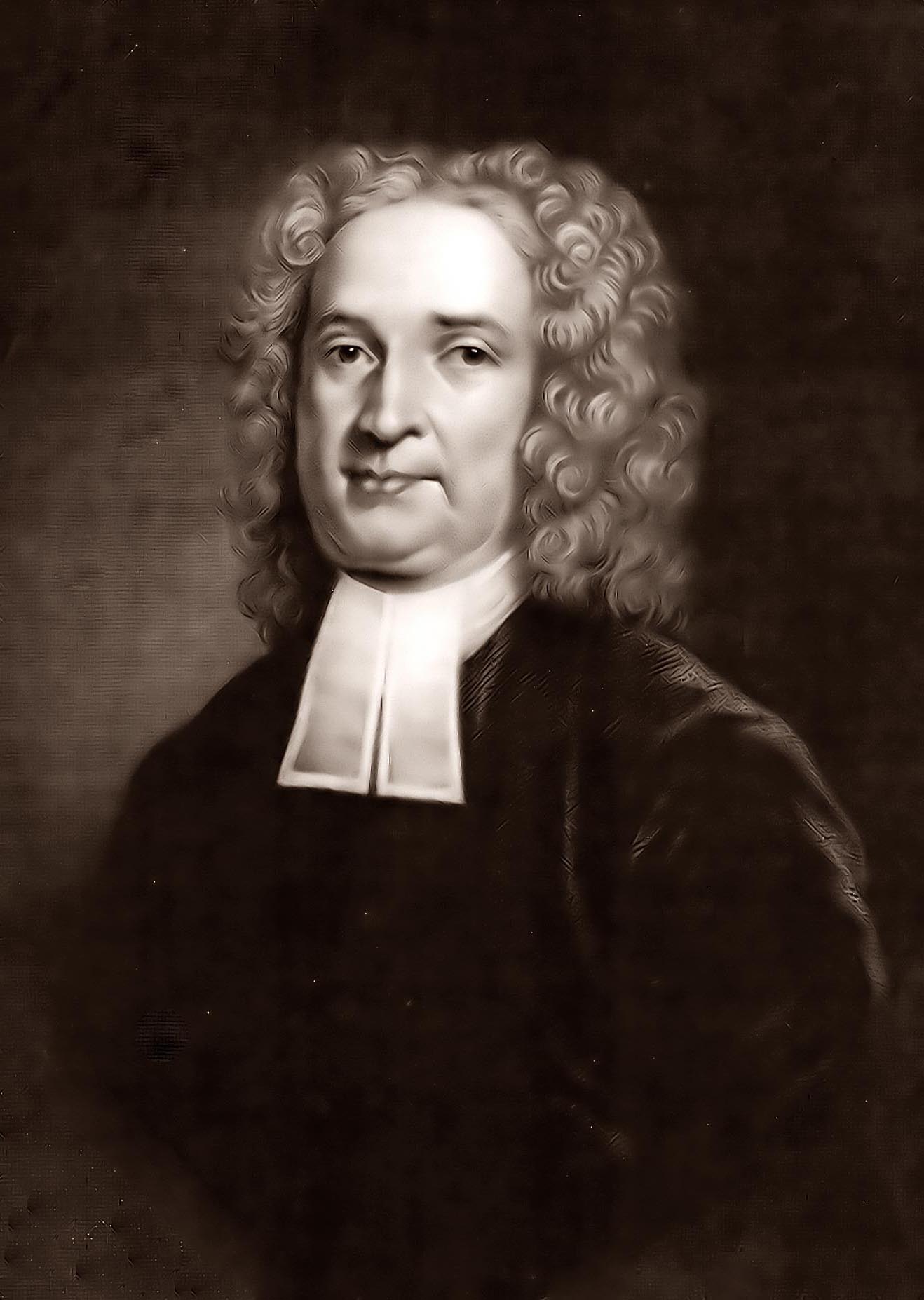 In 1630, prior to the departure of the ship Arabella for America with Massachusetts Bay Colony Governor John Winthrop and his fellow Puritans aboard, the young Puritan minister John Cotton preached a stirring farewell message taken from 2 Samuel 7:10:

I will appoint a place for My people Israel and will plant them, that they may live in their own place and not be disturbed….

Go forth … with a publick spirit … have a tender care … to your children, that they doe not degenerate as the Israelites did….1

Cotton’s sermon was of a nature to inspire these new children of Israel with the belief that they were the Lord’s chosen people; destined, if they kept the covenant with Him, to people and fructify this new Canaan in the western wilderness.2

B. Woodbridge concluded his epitaph for Pastor John Cotton with the following words:

Though Moses [referring to Pastor John Cotton] be [dead], yet Joshua is not dead: I mean renowned [Pastor John] Norton; worthy he, Successor to our Moses, is to be. O happy Israel in America. In such a Moses, such a Joshua. 3

Edward Johnson in reference to Puritans and Pilgrims

…the Lambe is preparing his Bride … yee the ancient Beloved of Christ, whom he of old led by hand from Egypt to Canaan through that great and terrible Wildernesse. 4

…you the Seed of Israel both lesse and more, the rattling of your dead bones is at hand, Sinewes, Flesh and Life: at the Word of Christ it comes. 5

Then judge all you … whether these poore New England People, be not the forerunners of Christ’s Army, and the marvelous providences which you shall now heare, be not the very Finger of God, and whether the Lord hath not sent this people to Preach in this Wildernesse, and to proclaime to all Nations, the neere approach of the most wonderful workes that ever the Sonnes of men saw. Will not you believe that a Nation can be borne in a day? 7

This year the great troubles in our native country encreasing, and that hearing prophane Esau had mustered up all thye Bands he could make to come against his brother Jacob, these wandering race of Jacobites deemed it now high time to implore the Lord for his especial aid in this time of their deepest distress. 8

As Jacob professes, I came over this Jordan with my staff, and now have I gotten two Bands; so they came over this boisterous billow-boyling Ocean, a few poor scattered stones raked out of the heaps of rubbish, and thou Lord Christ has now so far exalted them, as to lay them sure in thy Sion… the seed of Christ’s Church in the posterity of Israel should be cut off, and therefore pleaded the promise of the Lord in the multiplying of his seed; so these people at this very time, pleaded not only the Lord’s promise to Israel, but to his only son Christ Jesus. 9 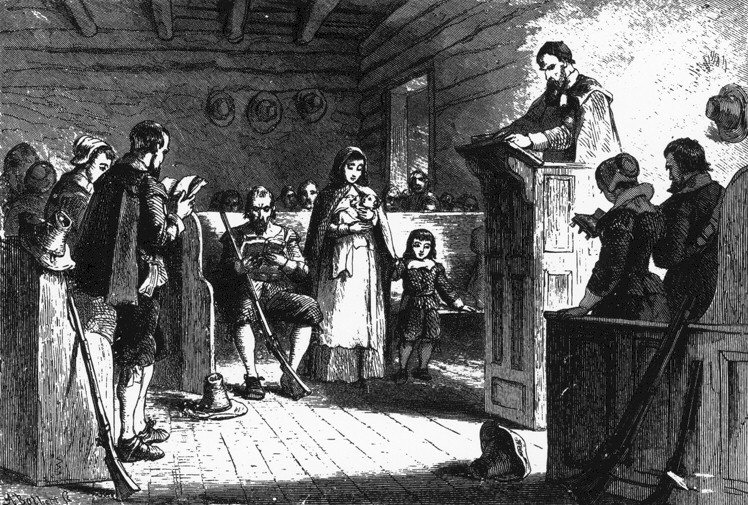 …God will humble me before the sun, and in the sight of all Israel. 10

August 8, 1667 Diary entry on the funeral of Pastor John Wilson

Ah! Now there’s none who does not know, that this day in our Israel, is fall’n a great and good man too…. 11

That especially the seed of Abraham his servant, and the children of Jacob his chosen, may remember his marvelous works (Psal. 105.5,6.) in the beginning and progress of the planting of New-England, his wonders, and the judgments of his mouth; how that God brought a vine into this wilderness; that he cast out the heathen and planted them in the mountain of his inheritance (Exod. 15.13.) in respect of precious gospel-enjoyments. So that we may not only look back to former experiences of God’s goodness to our predecessors, (though many years before) and so have our faith strengthened in the mercies of God for our times…12

…God … brought to nought their [the Indians’] wicked devices … until he had accomplished the freedom of his Israel, by the overthrow of his and their enemies….13

I shall close up this small history with a word of advice to the rising generation…. God did once plant a noble vine in New-England, but it is degenerated into the plant of a strange vine. Jer. ii, 21. It were well that it might be said that the rising generation did serve the Lord all the days of such as in this our Israel …Josh. xxiv, 31. 14

Let us join our prayers, at the throne of grace, with all our might, that the Lord would so dispose of all of public motions and affairs, that his Jerusalem, in this wilderness, may be the habitation of justice and the mountain of holiness…. 15

In 1681, in a preface to a discourse on Urian Oakes, Pastor Increase Mather wrote the following:

“…[Urian Oakes] at last called to the head of the “sons of the prophets” in this New-English Israel….” 16

Pastor Cotton Mather in his History of New England, introduced the readers to the work by referring to the work as a “history of a new English Israel”.18  He also stated that he would record some of the “ 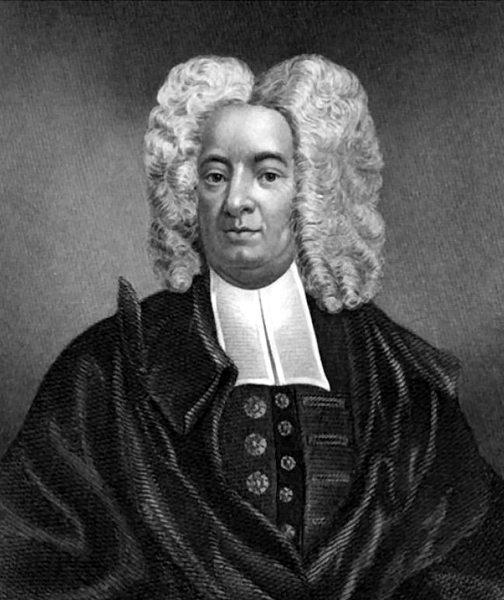 attempts” being made in America, by the Puritans, in anticipation of the New Jerusalem. 19

These good people [the first settlers of Plymouth, Massachusetts] were now satisfied, they had as plain a command of Heaven to attempt a removal [from England, Ireland, and Scotland], as ever their father Abraham had for his leaving the Chaldean territories….20

Among these passengers were divers worthy and useful men, who were come to seek the welfare of this little Israel….21

The colony might fetch its own description from the dispensations of the great God, unto his ancient Israel, and say, “O, God of Hosts, thou has brought a vine out of England….”22

…whilst he [Massachusetts Bay Colony’s Governor John Winthrop] thus did, as our New-English Nehemiah, the part of a ruler in managing the public affairs of our American Jerusalem … he made himself still an exacter parallel unto the the governour of Israel….23

…to give them such hearts as were in Abraham, and in others of their famous and faithful fathers.24

…to endeavor the preservation of the names and honour of them who have been fathers in Israel.  On which account, I cannot but rejoice in what is here done. Although New-England has been favoured with many faithful and eminent ministers of God, there are only three of them all whose lives have been as yet published…. 25

Among these [New England ministers], one is Mr. John Allin…. I have been able to recover no more memoirs of a person whose virtues and merits were far from the smallest size among those who “did worthily in Israel.”26

…an introduction unto this piece of New-English history; that when some ecclesiastical oppressions drive a colony of the truest Israelites into the remoter parts of the world, there was an academy quickly founded in that colony….27

…it was generally supposed among the pious people in the land that the enemies of New-England owed the wondrous disasters and confusions that still followed them, as much as to the prayers of this true Israelite [Thomas Cobbet] as to perhaps any one occasion.28

Make room, then, for Urian Oakes, ye records of New-England. He was born in England … whose liberal education in our College have rendered the family not he least in our little Israel.29

May the great God be the guide of your life, and direct and prosper you, that it may be said by the present and future ages, that King George the Third hath been an Hezekiah to our British Israel. 31

In 1773, the men of Marlborough, Connecticut, made this proclamation:

Death is more eligible than slavery. A freeborn people are not required by the religion of Jesus Christ to submit to tyranny, but may make use of such power as God has given them to recover and support their laws and liberties… (they) implored the Ruler above the skies, that He would make bare His arm in defense of His church and people, and let Israel go. 32

…be strong and very courageous, May the God of the Armies of Israel shower down the blessings of His Divine Providence on You [General Washington]. 33

That God would … guide our affairs in this dark and difficult Day; and make them know what Israel ought to do … that He would confirm and increase Union and Harmony in the Colonies, and throughout America…. 34 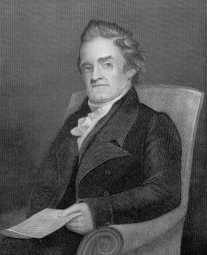 All Israelites are brethren, descendants of common parents. How unnatural and wicked it is to make war on our brethren, to conquer them or to plunder and destroy them.35“36