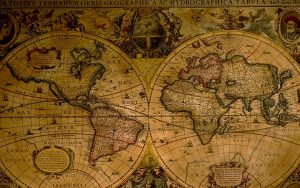 “The time has at last arrived when the God of Abraham, of Isaac, and of Jacob, has set his hand again the second time to recover the remnants of his people, which have been left from Assyria, and from Egypt, and from Pathros, and from Cush, and from Elam, and from Shinar, and from Hamath, and from the islands of the sea, and with them to bring in the fulness of the Gentiles, and establish that covenant with them, which was promised when their sins should be taken away.” 1

And as surely as the Lord liveth, will he gather in from the four quarters of the earth all the remnant of the seed of Jacob, who are scattered abroad upon all the face of the earth.

And now, my beloved brethren, I have read these things that ye might know concerning the covenants of the Lord that he has covenanted with all the house of Israel—

That he has spoken unto the Jews, by the mouth of his holy prophets, even from the beginning down, from generation to generation, until the time comes that they shall be restored to the true church and fold of God; when they shall be gathered home to the lands of their inheritance, and shall be established in all their lands of promise.

And it shall come to pass in that day that the Lord shall set his hand again the second time to recover the remnant of his people which shall be left, from Assyria, and from Egypt, and from Pathros, and from Cush, and from Elam, and from Shinar, and from Hamath, and from the islands of the sea.

And he shall set up an ensign for the nations, and shall assemble the outcasts of Israel, and gather together the dispersed of Judah from the four corners of the earth.

“. . . Does not Israel today constitute a large proportion of the human family? . . . ‘I will gather the remnant of my flock out of all countries whither I have driven them.’ (Jeremiah 23:3)” 2 The gathering of Israel is first spiritual and second temporal. It is spiritual in that the lost sheep of Israel are first “restored to the true church and fold of God,” meaning that they come to a true knowledge of the God of Israel, accept the gospel which he has restored in latter-days, and join The Church of Jesus Christ of Latter-day Saints.” 3

What, then, is involved in the gathering of Israel? The gathering of Israel consists in believing and accepting and living in harmony with all that the Lord once offered his ancient chosen people. It consists of having faith in the Lord Jesus Christ, of repenting, of being baptized and receiving the gift of the Holy Ghost, and of keeping the commandments of God. It consists of believing the gospel, joining the Church and coming into the kingdom. It consists of receiving the holy priesthood, being endowed in holy places with power from on high, and receiving all the blessings of Abraham, Isaac, and Jacob, through the ordinance of celestial marriage. And it may also consist of assembling to an appointed place or land of worship. 4

But, says one, are they not in a body somewhere in the land of the north? Answer: They are not; they are scattered in all nations. The north countries of their habitation are all the countries north of their Palestinian home, north of Assyria from whence they escaped, north of the prophets who attempted to describe their habitat. And for that matter, they shall also come from the south and the east and the west and the ends of the earth. Such is the prophetic word. 5

“…they will find themselves just as they were organized by our father in heaven before they came into the world. Our Father in Heaven organized the human family, but they are [now] all disorganized and in great confusion.” 6

“There is something mysterious and fascinating about believing the Ten Tribes are behind an iceberg somewhere in the land of the north, or that they are on some distant planet that will one day join itself with the earth, or that the tribe of Dan is in Denmark the tribe of Reuben in Russia, and so forth. A common cliche asserts: “If we knew where the Lost Tribes were, they would not be lost.” True it is that they are lost from the knowledge of the world; they are not seen and recognized as the kingdom they once were; but in general terms, their whereabouts is known. They are scattered in all the nations of the earth, primarily in the nations north of the lands of their first inheritance.” 7

Related Articles
31) HANG BY A THREAD: What have latter-day prophets taught concerning the prophecy of Joseph Smith that . . .
01) BIRTH-CONTROL: What is the first commandment ever given by the Lord to man? How does the . . .
01) ADOPTION: Are members of the Church literal descendants of Israel or merely adopted? Why is it . . .