“I am the greatest advocate of the Constitution of the United States there is on the earth. In my feelings I am always ready to die for the protection of the weak and oppressed in their just rights.” (Joseph Smith, History of the Church 6:56, also in Teachings of the Prophet Joseph Smith, p. 326) 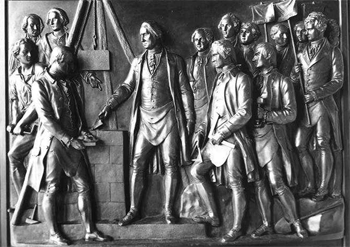 Many do not realize that Joseph Smith taught repeatedly, and as the Word of the Lord, principles of government and order. He had a complete understanding of the value and importance of a society built on the Laws of God and bore testimony of God’s hand in the formation of our country. As part of the Joseph Smith Foundation, we are compiling statements by Joseph Smith and succeeding Presidents of the Church on pertinent gospel subjects. You may be interested to read some of Joseph Smith’s statements on government in the Government FAQs.

Another little-known fact is that Joseph Smith clearly established his political principles while running for President of the United States. He compiled his political platform in a pamphlet for distribution. It offered solutions for many of the nation’s most pressing problems. 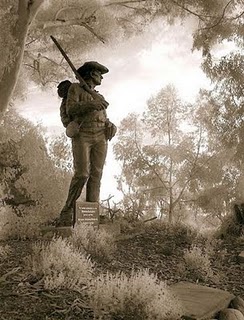 An exciting project we are pleased to announce is an online tribute to those who have been pivotal in the formation of our country. Shortly after the completion of the St. George temple, all of those who signed the Declaration of Independence, as well as many other eminent men and women, appeared to Wilford Woodruff. Stating that they had laid the foundation for the free government then enjoyed, they entreated that their temple work be done immediately. President Woodruff and assistants then spent the next three days and nights completing this work. Short biographies on each of those who appeared to President Woodruff are being prepared in our InspiraWiki project, bringing to life those names that should be honored.