The Declaration of Arbroath, also known as the Scottish Declaration of Independence was drafted in 1320, the era of William Wallace and Robert the Bruce.  It announced the independence of Scotland from England.  Signed by representatives of the people, this document listed crimes and grievances inflicted by the English against the Scottish people and defended their own right to institute a Scottish government.

“There is even strong circumstantial evidence that the American founding fathers who drafted the Declaration of Independence and the Constitution actually referred to two antecedent Scottish documents. . . . In fact, a careful comparison of the Arbroath Declaration and the National Covenant against the Declaration of Independence and the Preamble to the United States Constitution readily reveals how the Americans used the words and concepts of the older Scottish documents as models for their momentous works.” (The Mark of the Scotts, Duncan A. Bruce, pg. 38-39)

The United States Declaration of Independence

The Declaration of Arbroath sheds light on the historical records of the origin of the Scottish people. Interestingly, it offers strong evidence for an Israelite heritage.

We know, most Holy Father and Lord, and from the chronicles and hooks of the ancients gather, that among other illustrious nations, ours, to tvit the nation of the Scots, has been distinguished by many honours ; which, passing from the greater Scythia through the Mediterranean Sea and the Pillars of Hercules, and sojourning in Spain, among the most savage tribes, through a long course of time, could no where be subjugated by any people however barbarous;

and coming thence, one thousand two hundred years after the outgoing of the people of Israel, they by many victories and infinite toil acquired for themselves the possessions in the west which they now hold, after expelling the Britons, and completely destroying the Picts, and although very often assailed by the Norwegians, the Danes, and the English, always kept them free from all servitude, as the histories of the ancients testify.

In their kingdom one hundred and thirteen kings of their own royal stock, no stranger intervening, have reigned, whose nobility and merits, if they were not clear otherwise, yet shine out plainly enough from this, that the King of Kings, even our Lord Jesus Christ, after his passion and resurrection, called them, though situated at the uttermost parts of the earth, almost the first to his most holy faith, nor would he have them confirmed in this faith by any one less than His first Apostle, although in rank second or third, to wit, Andrew the most meek, the brother of Saint Peter, whom he would have always preside over them, as their Patron. 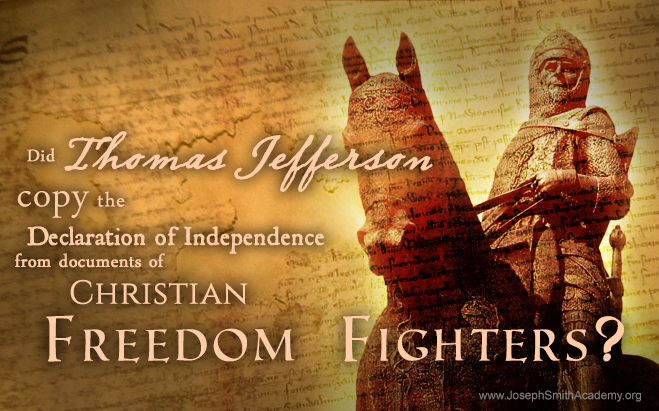