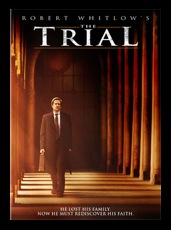 PG-13.  Matthew Modine delivers one of his finest performances in this gripping courtroom thriller based on the best-selling novel by Robert Whitlow. Modine stars as “Mac” McClain, an emotionally crippled attorney who’s lost his faith in God and himself. That’s when Mac reluctantly decides to take on one last case: a young man (Randy Wayne, To Save A Life), facing the death penalty for first-degree murder. But nothing can prepare Mac for the startling twists and turns of the ensuing trial, as the determined lawyer fights for justice and seeks a path to his own redemption.  Approx. 90 minutes.

Articles (Wiki), Event (Wiki), History (Wiki), WikiBy wikiDecember 15, 2011Leave a comment
Life Sketch from Foxes Book of Martyrs Taken from the book Foxes Book of Martyrs. Christ our Savior, in the Gospel of St. Matthew, hearing the confession of Simon Peter, who, first of all other, openly acknowledged Him to be the Son of God, and perceiving the secret hand of His Father therein, called him (alluding…

Articles (Wiki), History (Wiki), Items (Wiki), WikiBy wikiDecember 15, 2011Leave a comment
The Old 100th: The Thanksgiving Psalm of the Pilgrims Shout to Jehova all the earth, Serve ye Jehova with gladness, Enter his gates with singing mirth, No that Jehova, he God is. It’s He that made us and not we, His folk and sheep of His feeding Oh with confession enter ye His gates, his…

Faced with the death penalty for high treason, courageous men debated long before they picked up the quill pen to sign the parchment that declared the independence of the colonies from the mother country on July 4, 1776. For many hours they had debated in the State House at Philadelphia, with the lower chamber doors locked and a guard posted. According to Jefferson, it was late in the afternoon before the delegates gathered their courage to the sticking point. The talk was about axes, scaffolds, and the gibbet, when suddenly a strong, bold voice sounded–
Search